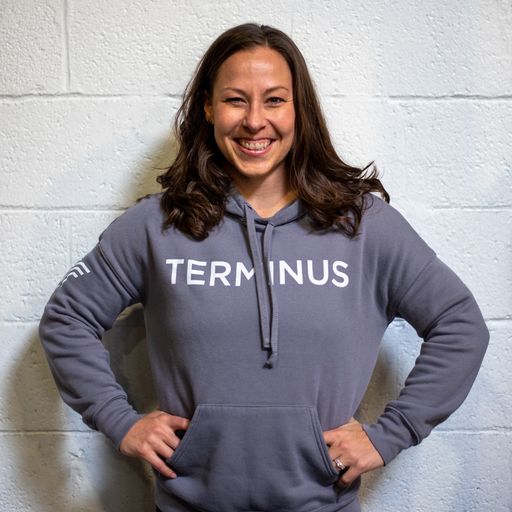 Coach, co-owner, professional CrossFit athlete at CrossFit Terminus.  Emily was a former collegiate gymnast at the University of Georgia, where she studied exercise science and graduated in 2009. She was plagued with a back injury during the later years as a gymnast, which eventually led to the end of her career. Emily always valued fitness and training, but as a born competitor, she missed the competitive aspect of her life.

She found CrossFit in June of 2010 and immediately knew she found what she was missing. Not only did CrossFit strengthen her back and rid her of pain, with the help of Ben Benson, CrossFit became her new sport. Emily has her CrossFit Level 2 and for the past 10 years, she has coached CrossFit, where she enjoys working with athletes of all ability levels. She is enthusiastic and strives to spread positive energy to her clients as they work to meet their goals.